While Bloomington didn't get hit nearly as hard as Alabama or Missouri by the weather so far this spring, we did get our share of storm damage. Here at casa Addonizio, we lucked out with zero damage. No trees or heavy limbs down, not a leaf of the vegetable garden harmed, and no damage to the house. Our power was out for two days, but that's just an inconvenience, and seeing as how we have a gas stove and a gas water heater, a pretty minor one.

We've never had much trouble entertaining ourselves without electricity. There are always books to read, and we have a tradition that dates back to my childhood: Scrabble. 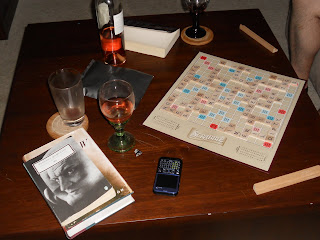 This game happened while it was still light out, but the candles were broken out shortly after. Being without electricity can be kind of fun in a way (except for having to throw out most of the food in the refrigerator), but we were very glad to come home from work on Wednesday and find the power back on. Of course, we came home Wednesday in the midst of a tornado warning. The sirens went off almost half a dozen times before midnight, so we spent a good bit of time in our makeshift storm shelter, which is a cupboard under the stairs, Harry Potter style. 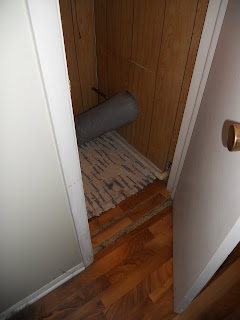 It's a little cramped in there, but we lack a basement, so it's about the best we can do. There's also a first-floor half bath that would work well, but it's not any bigger. We make the best of it will blankets and pillows. Rudy was having a fine time! 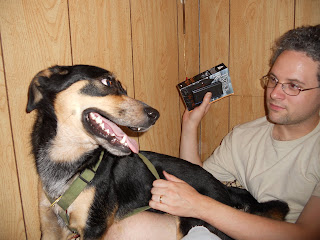 We have lucked out big time with Rudy when it comes to storms. Many dogs get stressed and even destructive over storms, but Rudy is like the honey badger of dogs during a storm (for once)--he just doesn't give a shit. 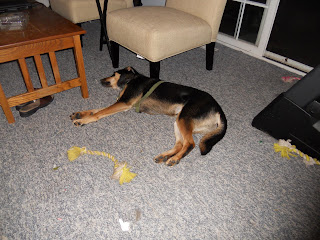 Meanwhile, I'm pacing around, looking out the windows
and hoping a tree doesn't fall on us.
We emerged unscathed, but we were very lucky. Bloomington took some heavy damage from the storms, especially campus and on the west side: 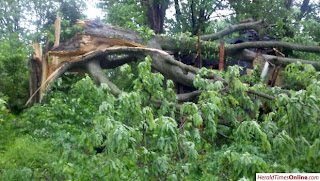 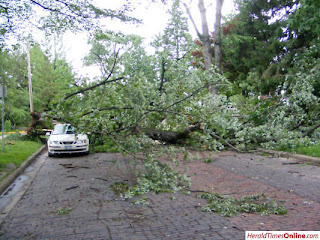 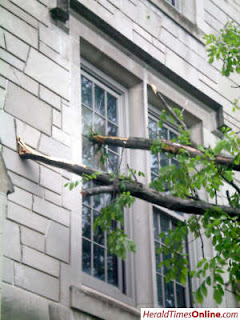 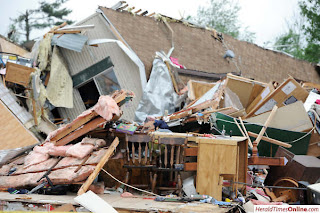 They've now confirmed that it was a tornado, and not just high winds, that struck out on the west side of town. Please keep these people in your thoughts and prayers as I am!
Posted by Unknown at 5/28/2011 07:44:00 AM

Glad you are fine, Mir. The tornados just south of you near Bedford were tough. We had 4 bands of gnarly storms move thru Lafayette Wednesday, causing lots of angst but little substantive damage. What a spring, eh??

Loving your posts... keep 'em coming! Didn't see all of the carnage before it got cleaned up (yeah, I *do* live under a rock), but really enjoyed your recap of the night under the stairs. Rudy is hilarious!