Today, just one day later than our two-year anniversary, we met up by the garden where we got married and got a quick picture to celebrate. 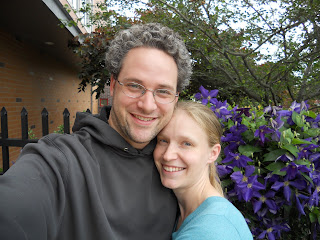 We have been very busy around the house lately. I have mainly been working in the garden. Maintaining the vegetable garden, yes, but also clearing and planting other beds as well. I put in a little corner flower bed in the front yard to pump up the curb appeal--I only hope the Anonymous Yard Critic approves. 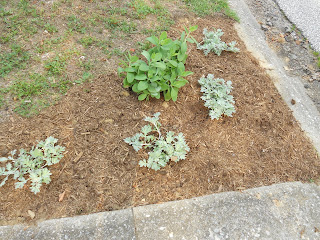 The main undertaking, however, was starting a bed in the corner of the backyard near our den. This corner has come a long way in the year or so since we moved in. 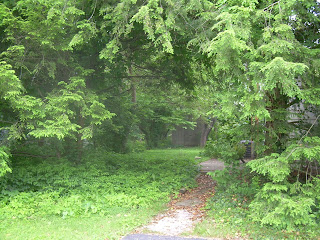 This isn't that exact spot, but this is about what that corner looked like when we moved in. 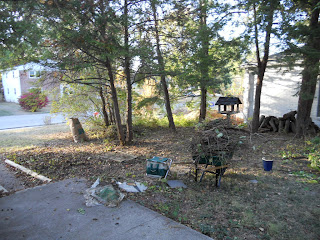 Here it is last fall as we prepared to install the fence. 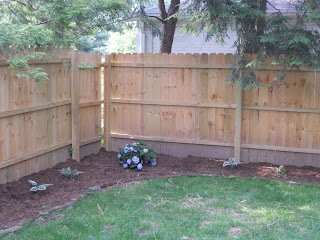 And here it is today, with the fence complete, a brick border around the flower bed, and a hydrangea, Japanese painted ferns, and hostas planted.
The ground cover in that area was some sort of invasive vine with more roots than you can imagine. I've dug at least most of them out part of the bed, with about a third of it still to go. But at least progress has been made and I finally got to put in some plants! In years to come, those ferns and hostas will fill in, and the hydrangea will get much bigger. I'll also add in some bulbs, like daffodils or something.

I've also (suprise) done some rearranging inside the house. We moved the guestroom to the south side of the house, made the southeast corner bedroom into an office/library/reading room, and I did a bit of work in the sunroom, which has probably been the most neglected room in the house. 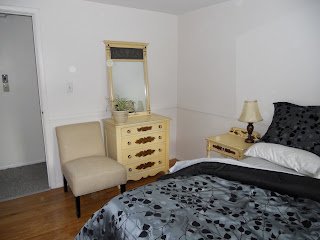 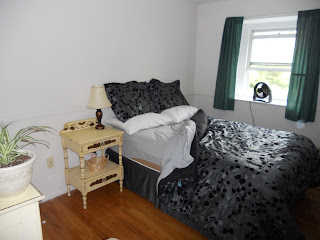 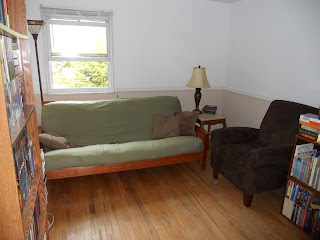 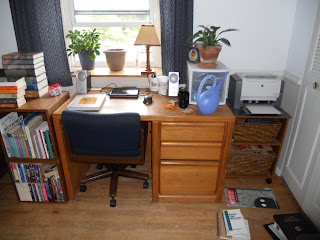 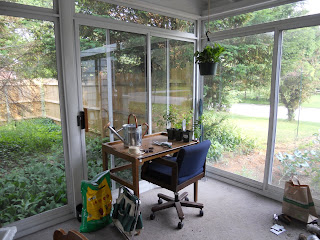 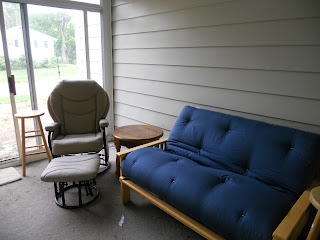 SO JEALOUS... I want a sunroom office desk! It's like the best of both worlds! I may have to make a charitable contribution and get ya some wall art. :) Cannot believe your before and after pics, I am still staring trying to convince myself that the outdoor B&A are the same shot. Keep it up, and take *that*, lawn critic!