A letter from post-run me to pre-run me

I heard you're having some trouble getting motivated to go running today, so I just wanted to tell you how awesome I feel right now, and remind you that you can be just like me.

Look, I get it. I know I sound annoyingly smug and self-satisfied. I guess that's true. I can't help it! I'm enormously satisfied. It doesn't matter much how far I went or how fast--I feel like I really accomplished something, and it feels good. It is a little hard not to feel smug when I look at other people (coughcough, including you) who are clearly missing out. 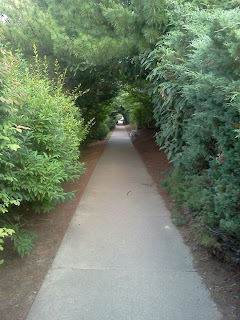 I know sometimes there's nothing for it. Sometimes you do need a break. You're striking that balance between enjoying running and forcing yourself to run, and you learned the hard way how important that is. Sometimes you're injured or really tired or sick and it's actually better to back off. If that's truly the case, stop reading now. I don't want you to overtrain or hurt yourself. But I really have a feeling that you're just feeling meh.

You're looking for the easy way out and that precious extra hour or two of sleep is so...very...tempting. The couch is beckoning. You sort of just want to read your book. You yearn to be comfortable, not too hot and not too cold, and that might be hard for a while when you're running. You're so busy! Deadlines! Demands! Stress! Maybe you can squeeze a run in later. Not sure when, but definitely later.

I've heard all those excuses before. I remember them in a sort of vague way, like a dream. You're very good at coming up with them. But what you don't understand is how good I feel right now! I promise you, get it done now and you'll thank me later. You really have to trust me on that. All those excuses are going to blow away like dry leaves from your first step. You're going to feel so much better. You'll wonder why you ever doubted it.

It wasn't always so great, I know. It took a while to get to this point. I remember how discouraged I used to feel when we first started running and when we've been coming off an injury or other break, because it took some time to feel good. I think you probably felt a lot better than I did. I know I definitely wondered at times if it was even worth it. But you didn't give up, and with more running, I suddenly started to realize that I feel so much better than I used to. 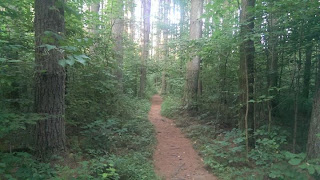 Think of how strong you feel while you're running. There is just nothing like it. Like nothing can hurt you. Everything just starts to click, and you are just so wonderfully alive and aware of everything, like your senses are heightened. Sometimes you just marvel at how your body can move this way, each part working together and it's just so effortless. Everything is so clear in your mind that you wonder how you missed it before. You're not going to solve the world's problems by going for a run right now, but you might come closer to solving your own.

Sometimes you won't think of anything at all. That can be a huge relief, am I right? Maybe that's what you need right now. Sometimes exercising the body is the best way to rest the mind. Other times just being finished with the run is the best part. The run might have been miserable, but now I'm done. Look how mentally tough I am! You see, it just gets so much easier to put a good face on things and deal with life. I think I'm better at those things than you are.

I got to the 200s thecasinosource.com stage end result of|as a result of} I was winning bigger payouts betting conservatively. But like so many reviewers have said, The Playtika folks seem to be getting very greedy with the payouts. Even the "friends in my circle" stopped enjoying in} so I do not get 10 free spins anymore either. What's the explanation...hmmm...you'll hope the Playtika folks would READ AND HEED these scores they keep asking us to make. Leveling up takes so friggin lengthy and once they take all of your cash it is really impossible to maneuver up. Slotomania has a huge number of free slot video games for you to can} spin and enjoy!