Eleanor Catton is a celebrated writer, but most importantly, she's pretty 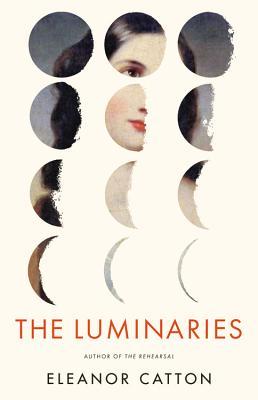 Eleanor Catton made history this week with her novel The Luminaries, not only with the longest book ever to win the Man Booker Prize, but as the youngest recipient. As a professed lover of big books, I'm eager to read it. Being shortlisted for the Booker Prize, let alone winning, just makes it more tempting to get it right now, because everyone will be talking about it. Of course, most press has been very positive. Almost immediately, however, amid the glowing reviews and congratulations, a note of sexism cropped up. Catton herself identified the issue in an interview with The Guardian, saying that male writers are asked what they think, while female writers are asked what they feel, and that she's gotten some negative reactions among older men. Anecdotal evidence, sure, but think about it for a minute. It's not the first time a woman has complained about the sorts of interview questions they get that men do not.

And then For Books' Sake tweeted this quote from The Times (which I can't link to because it requires a subscription):

The "she's a woman, BUT she's an artist" really got to me. Really? Is it that unusual for a woman to be a "real" (as opposed to fake?) artist? Um, no. I think any thinking person can recognize that's not the case. Nor is it rare for young women to be making great art. It is, however, more unusual for a young woman to be recognized for it in such a mainstream fashion. I'm thrilled for Eleanor Catton, and it is a big deal. As far as I'm concerned, younger talent is being recognized not because it's finally there (it's always been there), but because they finally recognized it. I don't know how or why she broke through, but I'm glad she did, not least because it has sparked this Twittersphere conversation, which we need to have while this type of language is deemed acceptable to post. Hopefully when I get to chance to read Catton's work, I'll be still more glad.

After the "chick" quote, there's the physical description that emphasizes her youth and blonde hair, containing another problematic "but." Translation: She's a nerd, but it's okay because she's pretty. Because whatever you love to write, read, or watch, your appearance matters more. Now, I don't have any problem with describing an author--I'm interested in what authors, male and female, look like and like to see author photos in books. In fact, I imagine authors as I read, a bit like I imagine the characters as I read about them, and it's always interesting to see if what I imagined had anything to do with the reality. But how condescending to write that she's unashamed of her nerdiness (why should she be ashamed?) and "reeks" of the library (word choice?!). How difficult it must have been to overcome these obstacles in order to conform to society's ideals of beauty! And "user-friendly"? Really? What's wrong with just "friendly"?

The Times has since edited the piece (their excuse was that an early, unedited version was posted first--mmkay, guys). They took out "user-friendly" and also a reference to Katie Price, who I wasn't familiar with. She is apparently a celebrity who has famously ghostwritten books. This was upsetting to people who know who the heck she is. I've never heard of her, so I passed over that. However, The Times left in both of the sexist "but" statements that I highlighted above. LAME. See For Books' Sake Facebook page or follow them on Twitter for discussion.

I'd already pegged Luminaries as a book I want to read, and I've already picked up her earlier novel, The Rehearsal, in a Kindle sale. But I haven't read either one, and I can't judge her work. But I already feel a bit of a kinship with her--she's only a few years younger than me and while her accomplishments certainly outnumber mine, I too deal with some sexism and ageism at work. I'm not the only woman who does.
Posted by Unknown at 10/17/2013 01:26:00 PM

Much likedocument scanners that seize data, 3D scanners use laser light and duplicate an existing merchandise into a digital file for duplication. A Women’s House Shoes conventional 3D printer uses software program and creates objects primarily based on the packages used. A 3D scanner copies an merchandise and creates a degree cloud that converts the form of the merchandise into readable data that the software program duplicates.